Skip to Content
Home Travelling the Tall Ships Races 2018; My logbook and How you can participate
by 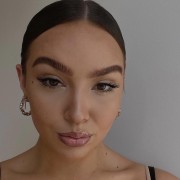 the Tall Ships Races; is an international annual sailing race for tall ships. Last year in 2017 was my first time participating in this race and oh boy let me tell you that it was everything I expected and even more. Getting another opportunity this year was amazing! We sailed in Cruise-In-Company leg from Esbjerg, Denmark – Stavanger, Norway. We sailed about 2 days in open sea and 3 days sailing around beautiful fjords; all in all our trip lasted for 11 days. Now because this wasn’t a race leg we had time to explore Norway’s coast! It was gooorgeous I don’t know even how to highlight how beautiful it was, we had glorious sailing weathers, we swam in the fjords, we saw porpoises ( or dolphins, they’re too similar ), we hiked up to Preikestolen and what else? that’s quite a lot for starters, here’s pictures and a “logbook” from our trip on TS Helena’s board.

On 20th of June me and my friend started our Journey, our flight was at 7am from Helsinki’s airport to Copenhagen. In Copenhagen we took a bus to Esbjerg which is about 4 hours to South. We travelled  the whole night, morning and day, you can imagine how tired we were when we finally got to TS Helena hahah. But it sure didn’t stop us from enjoying lovely Esbjerg! We met the rest of our crew during the first day and we straight head out for drinks and finished the day by watching beautiful fireworks.

21st was dedicated for grocery store ohh yes, it takes awhile to plan the menu for 17 people especially for a longer period! Imagine how long it takes at the grocery store if it’s for a bigger crew, for us it luckily took only 2 to 3 hours. We prepared the ship and packed everything. It’s amazing how you can feel the whole crew’s excitement and bonding to each other, which is in away crazy because we all met a day before heading out to seas. Everything was eventually ready and the sail parade started at 12pm. We set our sails and we were off, goodbye Denmark!

” Sail parade, when all the ships and boats leaves the port, sailors waving goodbyes to people that are cheering them off to start the race and crew members that are hyping other crews with odd cheers and shouts. “

Out in the seas the crew is divided into smaller groups which are called watches. It’s a certain routine that you have in the ship and it all depends on your watch. Routines in a ship are way different from normal routines you might have at home. Normally you might wake up at 8 or so but in a ship you might wake up at mid night and you start your day from there. Meal times are the only times that doesn’t change during the sail. The truth is that life on board is all a blur, you might forget the day and time, you basically live by the watches. Here’s an example

21st-23rd , yes all a blur like I said. I had to check some pictures and their times so I could imagine some kind of a timeline in my head hahah. In general during these days we had some good and mild sailing weathers. In away it was nice but me and my friend waited some extreme winds and waves, the adrenaline is crazy when waves are crashing on your boat and you have to pay attention on what you are doing. Instead of that sun was shining, our speed was about 6-7 knots, some porpoises surprised us by playing around our boat while our watch was sailing and we listened to Hawaiian music. Not complaining though, it was very relaxing! The other day was more grey and a bit more windy which was nice and we got our speed up to 10 knots.

23rd, we got to the first village on Norway’s coast called Sirevåg. That place, those people and houses were all so fine and well put together. It seemed like everybody knew each other, houses were gorgeous big and very Scandinavian styled, in general the atmosphere was peaceful. We were all tired after those few days at the sea, we all showered and chilled at the boat while some of us were cooking dinner. It was nice, we were all caught up in doing our own things like watching Netflix or relaxing by getting a massage from another when all this sudden somebody slides down a bucket full of mussels from the kitchen’s sunroof, he was apparently a local and just shouted enjoy in Norwegian! How lovely was that?? After resting the day we walked up to the rocks and explored some old German bunkers from the war times.

24th, we left early from Sirevåg and sailed to Tananger which was a bit closer to our final destination, Stavanger. Our watch had sailing from 9am to 12pm and it was pouring! We were soaked and practicing how to use firehose. And of course with our luck the rain stopped right when our sailing shift was over.

25th, we sailed to Jørpeland. Such a cute small village middle of the fjords and very close to Preikestolen. Hands down the best day during our trip! We were anchored in the fjords at 12pm, sun was shining, listening to Hawaiian music (again), chilling in the hammock and swimming in that deep clear blue water. Ughhh it was perfect start for the day! Afterwards we got a call from Jørpeland’s port that we can come in, so we did and they had a cute small festival arranged for us. Unfortunately we had a bus waiting to take us up to the rocks / mountains what ever they were so we didn’t have much time to enjoy the festival and its performances.

We were all pumped up about hiking up to Preikestolen, it was 4km up and 4km down. The view and adrenaline feeling was definitely worth it and even more. It was so beautiful even on the way up and not just on top! It felt amazing to be there on top, it was breathtaking these pictures are not probably giving enough justice to that view!

26-30th, final destination Stavanger. Let me start by telling you how much our legs hurt. Oh yes the hurt you’ve never felt before, no not ever and you my friend are lucky for that. Just kidding it wasn’t that bad. Anyways Stavanger wohoo we had made it to Norway’s oil city! Yep definitely noticed that on those price tags. Stavanger’s city had organized a festival weekend for all the Tall ships. It means that the whole harbour area was packed with all the ships and boats that participates in this race, we have activities with other crews, boatparties and the best parts are Crew Parade and Crew Party.

” Crew Parade and – Party : Usually every crew participates in these since it’s the highlight of the festival. Everybody dress ups a bit goofy ( except navy crews ), dancing around, doing pranks to others in a huge parade that goes through the harbour area ( again except navy, well it depends on their nationality but usually they are just marching ). After the parade is price giving ceremony and a concert. Crew Party on the other hand is only for crew members. Well,what else there is to explain it’s a huge party! “

Those last few days was only partying, getting to know Stavanger and other crew’s! On 28th was our time to say huge thank you to our crew, TS Helena and for all the experiences and memories we made, It was time to change the crew. Throughly an eventful weekend! Me and my bud stayed in Stavanger for few extra days so we left on 30th.

the Tall Ships Races is an extraordinary sailing race where different nationalities and cultures comes together, that’s really what makes it so much more approachable and exciting. It’s truly an experience that many can enjoy! This year it was held in The North Sea, from Sunderland, England – Esbjerg, Denmark – Stavanger, Norway – Harlingen, Netherlands. This year the farthest boat came all the way from India!

How did I get a spot in this race? And how you can apply to next year’s race? Really it sounds quite difficult but it’s not, you don’t even need sailing experience, you can apply as a trainee! Check www.sailonboard.com for more information about the ships and open spots for TSR or also for different sailing races. There you can find all the information you need for your up coming voyage adventures!  In my case, I applied to an sponsored spot. I had to write my sailing experience and why I should be chosen. Last year my sponsor was Turku’s city and this year it was Sail Training Association Finland ry. If you’re from Finland and interested in sailing vacations abroad for example in Canary Islands, you should check www.staf.fi, there you can find more information about TS Helena’s and S/Y Vahine’s adventures!

Wow this turned out to be a long post but I hope it opened up a bit of what this whole sailing race is about, what it’s like traveling by boat and also my side of the experience on board!